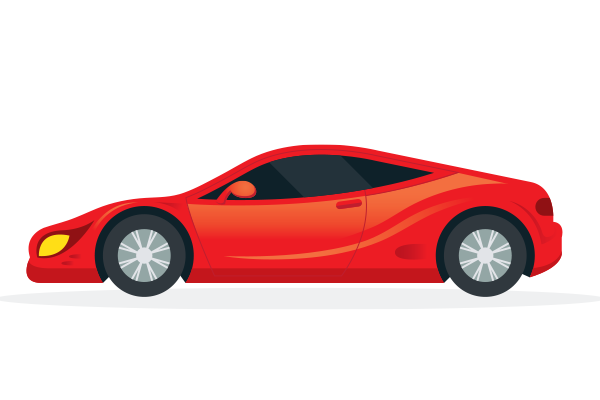 The 1st March has come and gone, along with many of our short-term cars. It’s been a busy few weeks but it clearly shows that the country looks as though it is returning back to normal.

We’ve got some amazing German car available in-stock and ready to be delivered on our flexible solutions.

So lets go small to large…

We’ve got an amazing selection of Small to Medium cars on our short-term car lease programs starting with the brilliant little Audi A1 Sportback; this brilliant little car is great fun to drive and has some amazing on-board tech, a great vehicle to nip around town with.

If you’re looking for a bargain, we’ve got the BMW 118i SE Hatchback’s available in-stock. These come with Satellite Navigation, Bluetooth and Air Conditioning, if you need something a little better on fuel economy, we’ve also got the 116d’s available in manual or automatic.

The Volkswagen Golf is always a popular choice for our short-term car customers and with the fresh out of the factory Mk8’s available from the 1.0 TSI right up to the sporty GTi, there should be a VW Golf to suit you and your lifestyle.

If you prefer to drive a Mercedes, then we’ve got the super fresh Mercedes-Benz GLA now available for the first time on Short-term since the refresh. Externally they look much bulkier than before and have the interior of the new Mercedes A Class, which can only be good news. We’ve got some fantastic rates on pre-registered 70 plates at the moment.

Finally, if you’re a company car driver and want to cut down on the company car tax, then you need to take a look at our Audi A3 40 TFSI e Plugin Hybrids (PHEV’s). Emitting around 30g/km of CO2’s and allowing you to drive around 30 miles on pure electric, these have already proved to be a very popular short-term car subscription vehicle.

Some of us prefer a larger car, and why not. So let’s start with the BMW 3 Series. Available in both Saloon and Touring with engines from the 318i right up to the extremely sporty M340i xDrive. This refreshed model is very popular in particular the northern region of the country.

Another popular vehicle on short-term, but mainly on our 6-7 month car leases, is the Audi A4. Available in S-Line and Black Editions on a wide range of engines, focusing mainly on Petrol Fuelled A4’s. Comfortable to drive and great on-board kit, these really are a great vehicle.

Finally, the Mercedes C Class refresh has just been announced, but thats no reason to dismiss the current model. With a great specification and handling that makes you feel like your cornering on rails, its a great all round car.

SUV’s are extremely popular, counting for over 40% of our short-term car fleet and there are some cracking SUV Short-Term Cars available in-stock and ready to be collected, lets start with the latest addition on Short-Term, the VW T-Cross.

The Volkswagen T-Cross has been built on the Polo chassis, and it looks a cracking car with lots of simularities to its bigger brother the VW Tiguan. The 1.0 engine is more than capable of taking you where you need and is really good on fuel, when matched with the technology on-board such as Wireless Apple CarPlay and Lane Keep Assist, you’d be thinking you were driving a more expensive vehicle.

Talking of the bigger brother, the Tiguan has just had a slight facelift to follow the Mk8 VW Golf. We’ve got these available in both Diesel and Petrol, Auto and Manual and on fixed short-term car leases and flexible car subscriptions.

On the Audi front we’ve got the Audi Q3 Sportback and SUV and the Audi Q5 SUV. Both models are fantastic and drive amazingly, the Q5 we have got available in Petrol, Diesel and Plugin-Hybrid, with the latter being the favourite for those in company cars or are looking to make the transition from ICE to fully electric.

With our BMW vehicles, we’ve got both the BMW X1 Estate and the BMW X3 available from April/May 2021. With not much difference in price between the two, if you don’t mind the extra fuel cost we’d highly recommend the X3 for its comfort and extra space. Keep your eye out for our Plugin Hybrid BMW X3’s which are due June/July.

Last but not least, the Mercedes GLC’s cannot be ignored. Available in both the SUV and the Coupe version, Petrol and Diesel, these popular short-term SUV’s never fail to amaze. With the addition of the Diesel Plugin-Hybrid on fleet, these cars should tick a lot of boxes for most drivers.

Let’s start this time with the Mercedes GLE, available in the 300d and 350d, as well as the plugin Hybrid 350de all available on fixed and flexible short-term leases. The standard specification of these vehicles is impressive and can come with optional 7 seats. Along with the MBUX system, which is similar to having Amazon Alexa in your car, this car is difficult to send back. We’ve currently got the SUV’s in-stock with the Coupe’s arriving later on in the year.

Next up is the Audi Q7, a popular car in terms of large SUV’s. We’ve got both the Diesel and Plugin-Hybrid varieties in-stock, in S-Line and Black Edition derivatives. THe PHEV versions of the Q7 have been extremely popular with company directors looking at cutting their company car tax.

This time we’re ending on the BMW X5, and whilst we haven’t touched on the very similar coupe looking BMW X6, the X5 is truly one of our customer’s favourite vehicles, taken by individuals to company directors to even the Police forces, its a fantastic machine. These are available in both Petrol, Diesel and Plugin Hybrid, we’ve also got the X5 M50i available in limited numbers, which is a fantastic performance SUV.

If you’re looking for a Performance German Short-Term Car, then Cocoon Vehicles can truly help you and whilst we won’t go into detail about the individual cars, please find a list below of cars that we have due in:

Our Hybrid German car fleet is growing really quickly, especially as more and more of the German manufacturers are coming to the party. We have a great selection available including the already mentioned Audi A3 40 TFSI e Plugin-Hybrid, this has been a really popular car for company car drivers.

If you fancy a saloon car, then we’re huge fans of the BMW 330e M Sport, we’ve got these available as a standard car or with a Pro Pack. Mated with a 181bhp 2.0 litre petrol engine the electric motor adds 111bhp giving a total output of 298bhp and over 30 miles of pure electric driving, its a fantastic car.

Fancy a SUV, we’ve got both the Audi Q7 and the BMW X5 Plugin-Hybrids either in-stock or on order. Both cars are fantastic, but we favour the Q7 over the X5 for pure comfort, technology and looks.

How about an Executive car, we’ve got a small number of BMW 7 series 745le xDrive M Sports, a great car to drive or be driven in. Amazing specification and looks great.

Mercedes has also come to the party, but with their plugin-hybrid varieties, they pair a Diesel with an electric motor giving you amazing fuel efficiency. We’ve got the GLC and the GLE on order, so get in touch and reserve your short-term Mercedes.

Fancy an executive car, we’ve currently got the Audi A6 50 TFSI e‘s available in stock and ready to be delivered on our flexible contracts. Whether its a sales rep or the boss, the Audi A6 is a great car, and really good for long distance travels.

If you’re looking for a German Short-Term Electric Vehicle, then we’ve got an ever expanding collection. Let’s start with one of the oldest available electric cars, the BMW i3:

The BMW i3 is a great little city car, offering a fantastic range and is congestion charge exempt. We’ve currently got the 135kW S 42kWh available in stock, offering around 175 miles of range from a charge. The BMW i3’s are also pretty nippy offering 0-62mph in 6.9 seconds.

On order, we’ve got another batch of Audi E-Tron SUV‘s due to land with us May/June of this year. These have been quite popular on flexible and fixed contracts. The SUV version will be joined by the Sportback version later on inthe year.

From Mercedes we’ve got the EQC on order for May/June delivery. The Mercedes EQC will be available on fixed short-term car leases as well as our flexible car subscription service. Keep an eye out on our website for more details.

If a short-term contract isn’t for you and you are willing to commit to a 2 or 3 year contract hire. Then take a look at our Find a Car Lease service. We utilise no less than 12 funders as well as manufacturer backed finance houses such as Alphabet, Athlon, Audi Financial Services and VWFS to find you the best deal on your next car lease.

The form takes no longer than 3 minutes to complete and we do not spam you, our goal is to get you the best price and to get you on the road quick.

If you would like any further information on our short-term car leases from German manufacturers or any other make, please get in touch with the team on 01332 290173 or complete the Enquiry Form below.